Want to check out my pfp's I've made in the same site? Check out this NEW, seperate page HERE!

Well, this sucks: Banned from Sudomemo?!

It seems I've been banned for a reason, and appealing didn't work. I'm not going to tell you why because I'm uncomfortable to share.

I would make a new account, but it's a risk of being banned AGAIN because of BAN EVASION, which I'm never going to attempt. 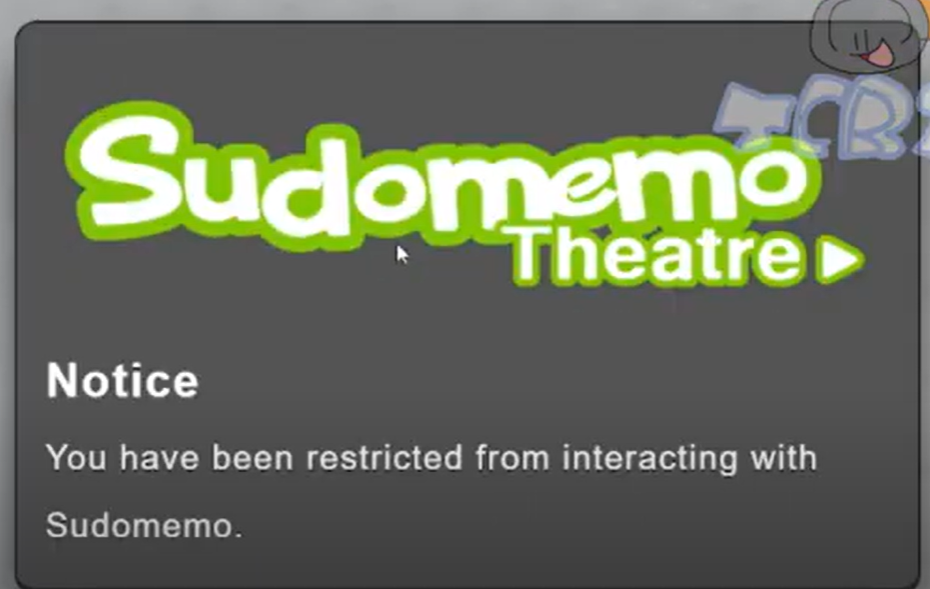 All future flips will be on Kaeru World, YouTube and possibly IPGFlip. My future replacement server called "Bunnium" won't be released until later, if IPG doesn't come back.

This is only including animations. Pfps and other stuff are excluded expect for the first one.

In the future, I'll make a DVD version and sell it on ebay or on a better website!

Rarely, my flipnotes gets removed because I try my best to follow the Sudomemo guidelines to avoid getting my flipnotes removed, or worse, getting BANNED. If my flipnote(s) get removed, I'll make a seperate catagory called "Removed Flipnotes/Flipnotes not uploaded to Sudomemo" in the same page.

Also, the removed flipnotes will provide an iframe youtube or google drive link instead.

I originally had two filpnotes unlocked instead of being locked last year, but it resulted as not getting any star feedback. So, the remaining flipnotes will be locked again with the following exceptions:

- Any flipnote that is necessary to unlock

These two flipnotes below are unlocked, but star-feedback weren't given.

The remaining flipnotes below are locked as a result. See exceptions at the top of the page.